Are Women the Key to a Successful Gun Control Movement?

A Look at the Past, Present, and Future of Women’s Political Movements and Groups 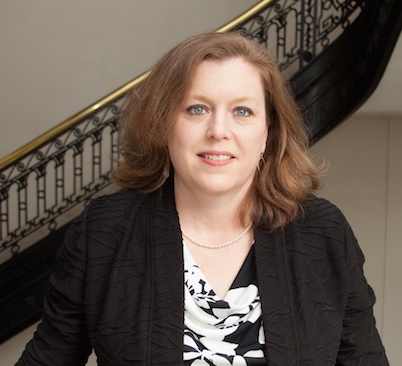 Gun control, philanthropy, and women’s political movements may seem unrelated. However, for Kristin Goss, associate professor of public policy, a historical perspective reveals the truly interconnectedness and current political relevance of these issues.

For Goss, the path to becoming a leading scholar in her research is a personal and professional journey nearly as winding as the reform movements she studies. It started in the 1990s, when as a beat reporter for KUSA, the local CBS affiliate in Denver, CO, she covered Columbine, one of the worst mass shooting in America’s history. “As I was covering these tragedies, I began to wonder if it was possible to have real, meaningful gun reform in America,” Goss wondered. “But that begged the question: if we are going to have this movement, who will lead?'”

For her answer, Goss looked to the history of reform movements and came to the conclusion that women were the ones that tended to lead them. From there, Goss investigated the impact of women’s collective engagement in the political process and the history of the women’s movement. So in honor of Women’s History Month, Duke in DC took a moment to ask Goss her views on the current state of women and politics.

Duke in DC: Can you briefly describe the state of the women’s movement in today’s political culture?

Goss: The women’s movement of today doesn’t have the same capacity for mass organization and turn-out that it did in the 1960s and ’70s. Right now, we’re at a time when the policy legacies that needed to be changed have changed. The policy agenda’s largely been taken care of, and some of the things that are left to deal with — like childcare for heterosexual couples — can’t be taken care of through legislative battles. So you don’t need the same mobilization abilities. The work to be done is in the culture and those issues must be negotiated privately.

Duke in DC: What does research tell us about millennial generation’s relationship to the women’s movement?

Goss: Younger women are feminists, and they’re not afraid of that term. In fact, research shows that these women strongly identify with other women, but that they don’t know what the movement is or how to plug into it. When you ask younger generations to name “women’s groups,” they name some of the legacy groups, like League of Women’s Voters, or Planned Parenthood. But Planned Parenthood isn’t a mass membership organization; it’s a service provider.

Duke in DC: So what changed?

Goss: Mobilization efforts have changed. We now have elite groups with professional staff that work on targeted outreach. We have social media, which I’ve been surprised to see how much it can be used to motivate each to get out, and given groups a chance to communicate with each other. For example, mothers of victims of gun violence have used social media as a platform to connect and to tell their story. But for younger women, it’s become the default way to “get involved” in a movement — to like something on Facebook.

Related Content:
Listen to Professor Goss discuss women in politics on the Ways & Means Podcast from the Sanford School of Public Policy.

When a Budget Increase Really Isn't What it Appears to Be

“Environmental toxins are worse for some people than for others and it's always the most vulnerable populations that are affected.”

Thanks, @EPA for supporting @DukeEnvironment ongoing research on #PFAS risks and exposure. The 3-year study will focus on risks posed by PFAS in indoor air and dust.